How to Surf Unbroken Waves

How to Surf Unbroken Waves

I won’t go into the explanation to all the bits of equipment in this article (see How to surf broken waves), but this is what you’ll need:
Foam surf board
Billabong Foil wetsuit
Ripcurl Flashbomb
Surfing leash
Soft board rack

So you’ve put in the hard work and can now consistently and swiftly get to your feet in the white water (if you haven’t already, first learn how to surf broken waves). Your paddling should now be of reasonable quality and you’re eagerly awaiting the perfect conditions for your first surf out back with the big boys. Problem is, you’ve got to get there first!

When faced with the daunting task of having to get out to the back through battering wave after wave of foamy white water, it’s handy to know a few little tips that’ll help you hold your ground when trying to make it through each wave. Duck diving is a technique that can be employed for paddling short to medium boards, underneath the waves using their cyclic energy, and out to the back. 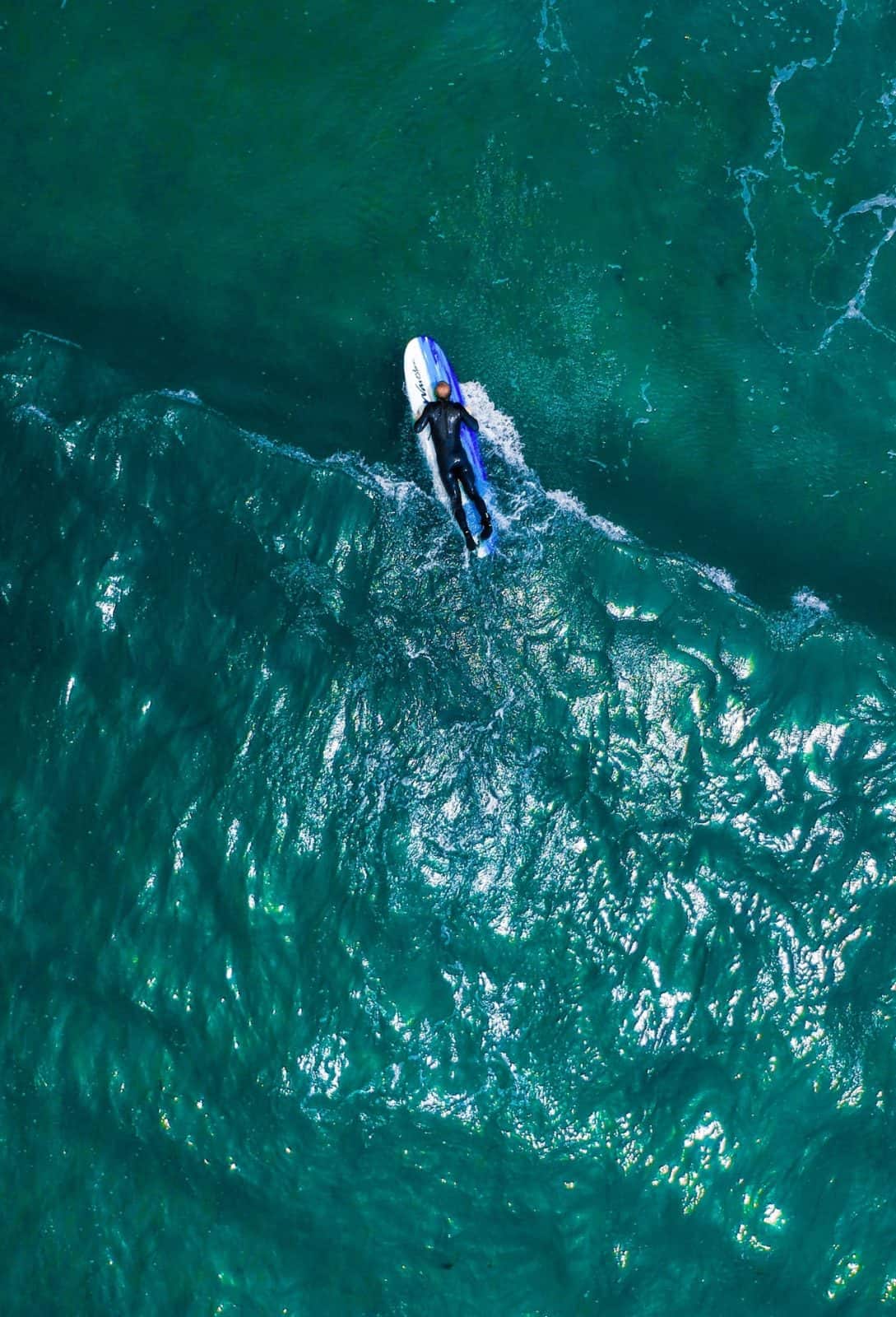 1- Take some time to watch what’s going on. It’s all too easy to rush straight into trying to fight for waves (a fight that you’ll most likely loose if you’re competing against more experienced surfers). Watch what the other surfers are doing and try and get a feel for how often and where the sets are breaking. It is at this point that you need to decide whether to compete for the set waves, or whether to surf the smaller waves breaking inside. If you opt to attempt to catch the smaller waves (that there’s generally less competition for), beware of being trapped inside when the set waves break, but most importantly, do not get in the way of people catching the larger waves. With this in mind, if someone is surfing a wave towards you, try to paddle towards the white water in order to get out of their way. Whether you can make it to the white water in time or not can often be difficult to judge, however whatever the direction that you choose to paddle in, be decisive and stick to your decision so that if you are to accidentally get in the way of an incoming surfer, they will know where to go in order to not run you over.

2- Spend time judging what to paddle for. 80% of learning to surf unbroken waves is about becoming familiar with how the wave breaks. You want to be paddling for a wave as close to the peak (the point of the wave that will break first, from which there is a surfable face for as long a distance as possible), and to catch it only a couple of second before it breaks. This can be extremely difficult to judge! Unfortunately for beginners out back, the better surfers will have much more experience with readings the waves and so will take most of them. This is why it is best to learn all you can in the white water before trying to surf the unbroken waves! You will make some bad decisions in these initial stages so do not beat yourself up about it. You will paddle too far inside and be pitched with the lip of the wave, or you will be too far out and be paddling like crazy to have the wave calmly pass underneath you. Every so often however, you will strike it lucky.

3- Appreciate unbroken waves break at an angle towards the beach i.e. unlike broken waves, you will not be surfing directly for the beach, instead you will be surfing along the face of the wave towards and along the shoreline. Your paddling angle needs to slightly reflect this. Although the nose of your board should still be facing very much forward, you need to engage your fins at a slight angle, in the right direction, before you actually pop up. As you are paddling, keep your shoulders square towards the nose of the board, but keep a watchful eye behind you towards the breaking wave in order for you to stop paddling if you are not in the right place or if someone else is taking the wave before you.

4- Understand surfing etiquette! Do not ‘drop in’ on somebody else. In any one direction of a breaking wave, there can be only one surfer riding it. The wave belongs to whomever takes off closest to the peak of the wave (not whoever stands up first). If someone else is on a wave that you are paddling for, stop paddling immediately and make it clear to the surfer that you are not going to ‘drop in’ on them. Often they will call you off of a wave with a simple ‘yup’, or ‘my wave’, or similar. Providing you haven’t dropped in on this person before and providing they haven’t already had several irritating run-ins with beginner surfers that same surfing session, this shout is usually meant in good will, and although it may sound aggressive (particularly if they are pumping hard down the line), it is generally expected for them to let you know that they are on (or going for) that wave. If you have accidentally dropped in on someone, or are unsure whether you have or not, be sure to apologise at the first possible opportunity, but at the same time, do not let yourself be bullied!

5- Get in the right position and catch the wave. So you’re paddling for the right wave which you are in ‘priority position’ for. 80% of the battle is now won! Similar to catching broken waves, once you feel the wave pick up the back of your board (you will now be taking off at an angle facing downwards!!!), be sure to put in a couple of extra strokes to ensure that you’re on the wave. 3 is now only a rule of thumb, but you should stop paddling the moment you feel the board begin to slide down the face of the wave. Now this is where all that practice of getting to your feet quickly comes in as you need to be on your feet and engaging your fins before you reach the bottom of the wave! You will need a slight bit of weight on your back foot in order to prevent yourself from nose diving due to the downward angle of the board, but otherwise the pop up should be very similar to what you’re used to.

6- As soon as you are up to your feet, you need to turn slightly in order for the nose of your board to be facing along the face of the wave. Ease your weight on the back foot slightly, as practiced, be low on your board with a straight back, and turn your shoulders to be square with the direction that you want to go. Once you are moving in the right direction, be sure to re-adjust your body position so that you don’t over turn and surf off of the back of the wave.

7- You will now be surfing your first proper wave. Try and adjust your speed by shifting your weight back or forth in order to stay as close in the ’pocket’ (the part of the face of the wave nearest to where the wave is breaking) as possible. Don’t run over other surfers, and once you’re done with the ride, do not dive off of your board!

How to Surf Broken Waves 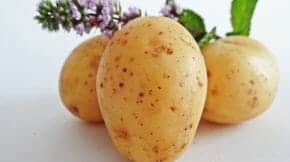 How to Bake a Potato in the Microwave
Food & Drink 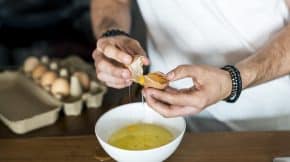 How to Bread
Food & Drink 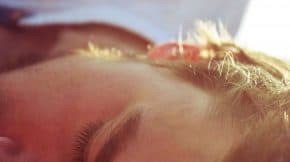 How to Sleep Comfortably on a Hot Night
Health & Fitness 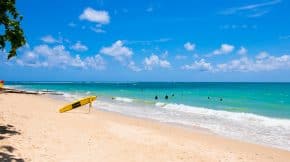 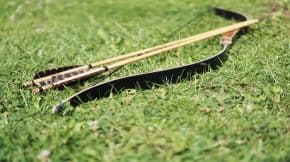